Amazon’s recent moves in support of federal cannabis legalization and its decision to end marijuana screening tests for prospective employees indicates the corporate giant wants to enter the legal marijuana marketplace. In June, Amazon said it would stop cannabis screenings for all positions other than delivery drivers. Not long after though, the company advised its […]

A North Carolinian GOP lawmaker who has been staunchly opposed to marijuana legalization throughout her career is likely the largest cannabis stock holder in the US Congress. Since September 2020, Rep. Virginia Foxx made six investments in Altria Group Inc. which is the owner of Marlboro cigarettes and one of the world’s largest tobacco companies. […]

Amazon pledged to no longer test most of its prospective employees in the US for cannabis use and has lent its support to a comprehensive federal bill that would decriminalize cannabis. “In the past, like many employers, we’ve disqualified people from working at Amazon if they tested positive for marijuana use. However, given where state […]

Back when California legalized medical marijuana in 1996, a whopping 7,308 days passed from that benchmark to when recreational adult-use launched officially. That’s 20 years, in case anyone was wondering, and a sharp contrast to California’s reputation as a liberal state. Despite the tortoise-like pace of California, western states have bravely fought for medical marijuana […]

Nothing is perfect. That includes plans with noble intentions. Throw in a worldwide COVID-19 pandemic, and it’s safe to say that the roll-out of Illinois’ social equity program for cannabis companies isn’t quite what was envisioned. While the state can boast some of the most progressive social equity provisions, others say that the rules don’t […]

It’s generally agreed upon that cannabis companies are dealt different hands depending on the states they operate in, especially during the COVID-19 pandemic. It shouldn’t be lost on anyone that weed is considered an essential staple during times of hardship —  every state with a regulated marijuana program continued to allow sales to some degree […]

This is what the cannabis industry has been clamoring for. Too bad it took a pandemic to move things in the right direction. On May 12, a provision that would allow banks to serve state-legal marijuana businesses (without a spanking by the feds) is now part of a whopping $3 trillion COVID-19 stimulus bill. The […]

Lawmakers in several states are pushing forward with something that was proposed and failed in Colorado — limiting the amount of THC in cannabis. Plenty of people – including marijuana industry officials, both for the medical and recreational side – are fighting back, arguing that THC limits are grounded on shaky science. Industry experts predict […]

The weed is so close you can almost taste it. Vermont is getting closer to legalizing the sale of marijuana — in the last week of February, the state’s Appropriations Committee pushed forward legislation 6-5. The tally clears the way for floor action, and the bill has bounced back to the Senate for reconciliation. Vermont […]

In an about-face that has some scratching their heads, Former Indiana Congressman, Rep. Steve Buyer (R-IN), a longtime opponent of marijuana legalization (medical and recreational), has officially cashed in on the legal cannabis industry. In mid-October, FSD Pharma, a Canadian company, announced that Buyer joined its board of directors. FSD, through its subsidiary FV Pharma, […] 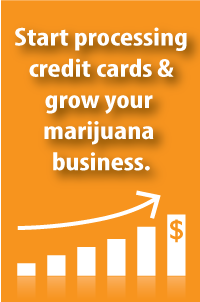