Dealing with the COVID-19 pandemic was a lot easier in states with legal cannabis, and the numbers are pretty impressive. Colorado, Illinois, and Oregon all hit record-breaking sales figures in the past few months, despite the recent recession and stay-at-home orders. Let’s face it; cannabis has been a life raft to many during these difficult times.

One of the legalization pioneers, cannabis was legal commercially in the state in 2014. The coronavirus has been good for business. Cannabis retailers tallied sales of over $192 million in just one month alone — May — and that was up almost $50 million from April’s sales figures.

The relative newcomer to the legal scene, the state just rolled out adult-use retail sales on Jan. 1, 2020. Stores in this market sold $47.6 million in cannabis in June, up from sales of $44 in May. The brisk business has generated precious tax revenue when the state needs it the most. Due to the travel and social distancing restrictions, taxes otherwise generated by other industries (related to funds from hotel and automobile taxes and fees and public utilities) have dived. The Chicago Daily Herald reports that state sales taxes are off by over $181 million, compared to the 2019 fiscal year.

Long part of the black market, the state finally legalized in 2015. Sales have ebbed and flowed, but have been strong in recent months. After a noticeable surge in sales in March and April, cannabis sales spiked at $103 million in May — hitting a sales benchmark beyond $100 million for the first time. June followed up with robust sales of just over $100 million. 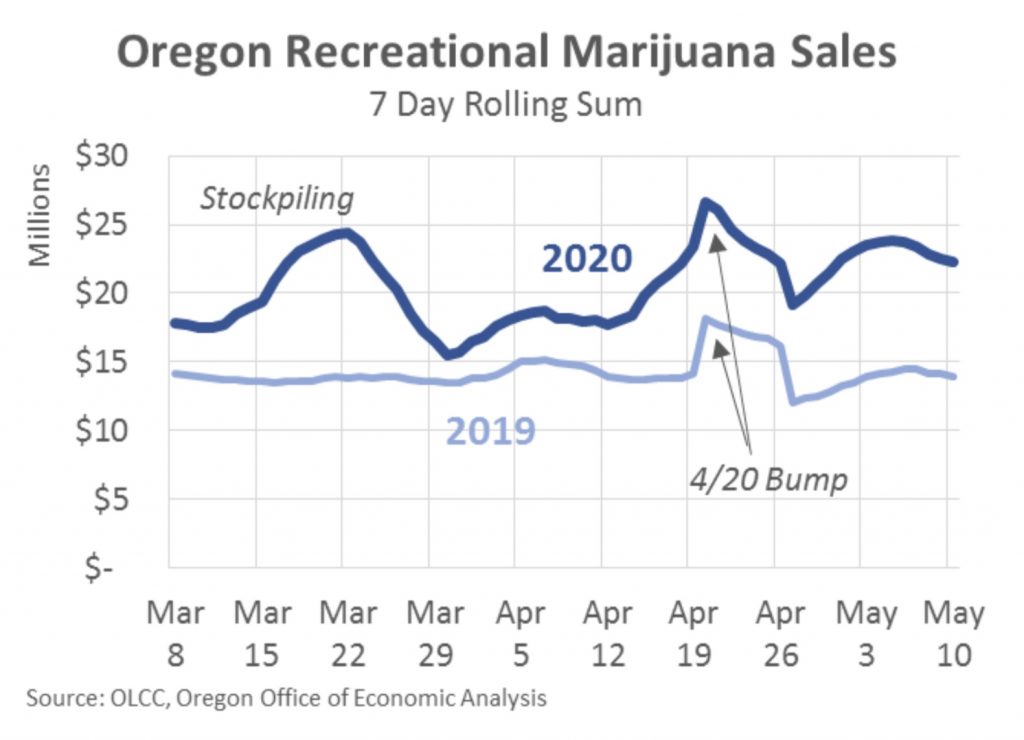