Woman at Airport Tries to Check 33 Pounds of Pot

There are real pot smugglers – and then there’s the kind of person who lugs suitcases full of dope to the airport and crosses her fingers. 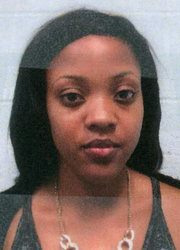 Police in New York arrested a Canadian woman who was apparently the latter type. Nyesha McPherson, 24, was arrested Sept. 21 at Kennedy International Airport after TSA officials found guns and weed in two suitcases checked on a flight to Barbados.

The officials inspected the suitcases after one of them set off an alarm on a luggage-screening machine in the ticketing area, the TSA said in a statement. An agent picked up the suitcases, and they seemed unusually heavy, so officials opened them.

“The officers saw the suitcases were jam-packed with cans and boxes for baby wipes, coffee, floor dusting sheets, lemonade mix, iced tea mix, a box of cat litter and a box of laundry tablets,” the news release said.

“But none of those boxes or cans contained the products on the labels,” the statement said. “Instead, T.S.A. officers detected two disassembled .40-caliber handguns, 350 rounds of ammunition, four magazines for the guns and 58 bricks of marijuana totaling 33 pounds, all artfully concealed in the boxes, tubs and cans of everyday household products.” 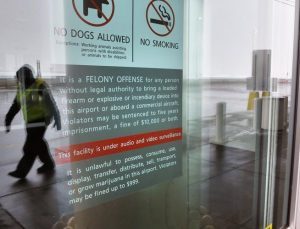 Just how “artful” the scheme really was is open to debate. It’s hard to hide the weight of dried weed in a suitcase, no matter what you pack it in, and the weight is apparently what gave it away.

McPherson may not be familiar with some of the basics of smuggling. Airports are among the highest-security facilities in the world, so checking luggage full of cannabis may not be the brightest idea. Probably plenty of pot does get through, but there are better ways.