Why Is Honey Oil Dangerous?

It goes by several names: honey oil, hash oil, and dabs, among others. Supposedly, it’s the new, dangerous development in the evolution of weed. 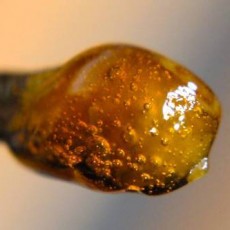 Police now routinely compare this potent product to methamphetamine, since both occasionally cause houses to explode. And people who possess it are usually subject to much harsher penalties than those for regular pot.

But what is honey oil, how long has it been around, what does it do, and why is it supposedly so hazardous?

Most media reports imply dabs were invented yesterday, or shortly before yesterday. But that simply isn’t true.

In fact the stuff has been around for decades. It was mentioned in literature at least as early as 1971, when Hunter S. Thompson wrote about it in Fear and Loathing in Las Vegas. Hash oil was just one of a host of drugs the author claimed to have used in his semi-factual book.

People in the know were using dabs throughout the 1970s. Use was limited mostly to long-time smokers and tokers with knowledge of chemistry. But with the advent of legal pot in the early 21st century, the oil entered the mainstream.

It’s very popular in states like California, Washington, and Colorado, where weed is legal for medical use, recreational use, or both. Pot shops routinely sell it along with products that are made using it.

Honey oil is simply a concentrated form of cannabis resin with high THC contents – as high as 80 percent. It’s typically smoked in small “dabs,” though it’s also used to make edibles and other products.

The manufacturing process is simple, even when done at home. Using rubbing alcohol, butane, or some other clean solvent, the rein is stripped from the plant. The solvent is then boiled off of the resulting oil using hot water.

Every solvent that can be used to make dabs is highly flammable, and that’s what makes the process so dangerous. Though it can be done at home, it usually shouldn’t be done at home. It should be done outside, away from buildings with any open flames or electrical appliances. 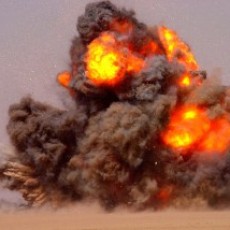 The greatest danger comes with the butane extraction method. There, butane is sprayed over dried plant matter inside a short tube. The resulting resin leaves the tube through a filter on one end. The oil is then placed in a container floating on hot water to evaporate the butane.

The danger comes, first, when the butane is applied. It can fill the tube and flow out the side, and any spark or flame will ignite all of it. Second, while the butane is being boiled off, it can come in contact with an ignition source and explode.

A fair number of houses have exploded in recent years as the popularity of dabs rises. Fears over such catastrophes may be somewhat overblown, however.

And there’s little evidence that honey oil itself is dangerous. Some smokers may not be prepared for the intensity of the high, but this powerful extract doesn’t deliver anything you can’t get from regular old marijuana.