Sean Green, a resident of Spokane, Wash., and a marijuana entrepreneur was awarded the state’s first legal pot license in the spring. Now that he has it, he knows exactly what he wants to do with it: sell it.

In another of many firsts in the cannabis community, Green could sell his license at a profit to someone looking to join the market in his place. He’s already built a large cultivation operation and a company called Kouchlock Productions, and he said he’s received a $2 million offer for the license. But Green, 32, said he wouldn’t take that money.

“Two million dollars is not enough,” he said. “If you risked 20 years of federal incarceration, how much money would it take for the risk to have been worth it to you?”

Green, who previously ran medical dispensaries in Spokane and Shoreline, said he wants to leave his front-line marijuana business to get into cannabis consulting.

“Life is good,” Green said. “And I’m ready for a new adventure.”

The move may be the first time in the legal marijuana business that a cannabis license has changed hands. Whoever buys the license will have to reapply for it and meet all licensing requirements.

Washington voters legalized recreational pot at the ballot box in 2012. Voters in Colorado did the same. The first Colorado weed shops opened Jan. 1, while opening day in Washington is set for July 8.

The state will issue the first 15 to 20 licenses for retail shops the day before. The first shops will be located throughout the state, with Cannabis City of Seattle pegged as the fist pot shop to open in Washington. 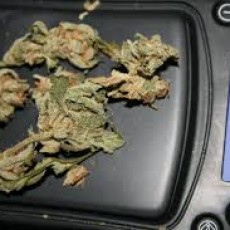 Weed there will sell for between $15 and $20 a gram. Owners plan to stock the shelves with 10 pounds of marijuana when they open, and they expect all of it will be gone by the end of the day.

There will also be new shops in Bellevue, Des Moines, and several other locations across Washington. A second Seattle store, Mello Times, may not open until August, after they’ve harvested their first legal crop.

As for Green, he said he’s had enough of growing weed.

“Cannabis prohibition is over,” he said. “My work is somewhat done.”