Washington Now Has Too Much Weed

When Colorado opened its first legal pot shops last year, customers turned out in droves and fueled the weed industry with millions of dollars in revenue. 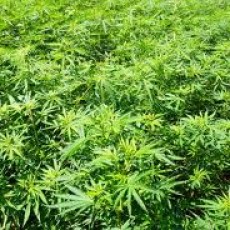 In Washington State, meanwhile, things have been more difficult. The handful of stores that first opened last July ran into a product shortage almost immediately. Pot farmers didn’t have enough time to grow a complete harvest before the shops opened, so the shelves were quickly emptied.

The problems continue, though the dilemma is now reversed: Farmers produced a bumper crop, and there’s now so much cheap weed on the market that most of it will never sell.

“Every grower I know has got surplus inventory and they’re concerned about it,” said Scott Masengill, a cultivator who sold only half of his harvest to pot shops. “I don’t know anybody getting rich.”

Cultivators could go out of business

Indeed, a number of farms will likely go out of business as a result of the glut. Together, the state’s cultivators had produced 31,000 pounds of weed as of mid-January. Only about a fifth of it had sold.

With such a massive supply, the state needs increased consumer demand. But that isn’t likely to happen until many more shops have opened. The process is long, expensive, and cumbersome, so many stores are still waiting for approval.

You wouldn’t necessarily know that from the retail price of cannabis in Washington. Weed still sells for as much as $25 a gram, more than twice its value on the black market. Prices are dropping, slowly, but they’re still not appealing to many stoners.

The real problem, cultivators say, is that Washington licensed too many pot farms and not enough retail stores. There simply wasn’t enough demand for overpriced weed to meet that supply.

Prices are expected to stabilize 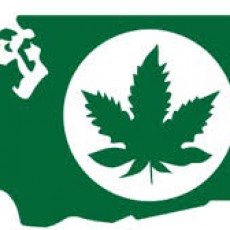 State officials aren’t terribly worried, though. They expect prices to stabilize over the coming year, and the state should soon have a wider range of stores to choose from. In the meantime, retailers and cultivators alike are feeling the pinch.

“I got retailers beating me down to sell for black-market prices,” said Fitz Couhig, a local marijuana grower.

Even Seattle’s best-selling stores aren’t doing any better. Uncle Ike’s and Cannabis City, two of the city’s biggest recreational pot shops, have each sold about $600,000 worth of weed per month.

Marijuana entrepreneurs have little choice but to give up or weather the storm. They’re hopeful these early hiccups will pass, though that remains to be seen.

“If it’s a natural bump from the outdoor harvest, that’s one thing,” said Jeremy Moberg, owner of CannaSol Farms in north-central Washington. “If it’s institutionally creating an oversupply . . . that’s a problem.”