As much as 90% of the marijuana sold in Colorado is sold to out-of-state tourists. This was announced in a study prepared for regulators of the marijuana in the state. The amount of money spent by tourists on marijuana runs into the tens of millions of dollars, 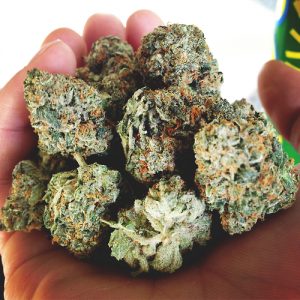 representing a sizable expenditure in a marijuana market that has exceeded all expectations.

A collaborative effort between researchers at the University of Colorado-Boulder Business Research Division and a number of private consultants, the study was commissioned by regulators of the marijuana in Colorado. The Marijuana Policy Group was responsible for conducting the research.

It is estimated that more than 9% of all Colorado residents use marijuana one or more times a month. Marijuana industry analysts are now realizing that the predicted consumption of the drug was grossly underestimated. According to the study, 70% of all marijuana legally sold in Colorado is consumed by 22% of the state’s pot smoking population.

Not all the pot will be sold through legal channels, however. The authors of the study expect that only 77 metric tons will be sold by state dispensaries. The rest of the marijuana sold on the market will come from the black or gray markets. Some users are also expected to grow their own plants, although the amount is expected to be too small to make a substantial impact on the market.

At present, there is some uncertainty with regard to how the markets for medical and recreational marijuana will develop over the next few years. Recreational marijuana users will pay higher taxes than patients that are allowed access to medical cannabis. Local residents will also be allowed to sign up for “red card” membership at a cost of $15. 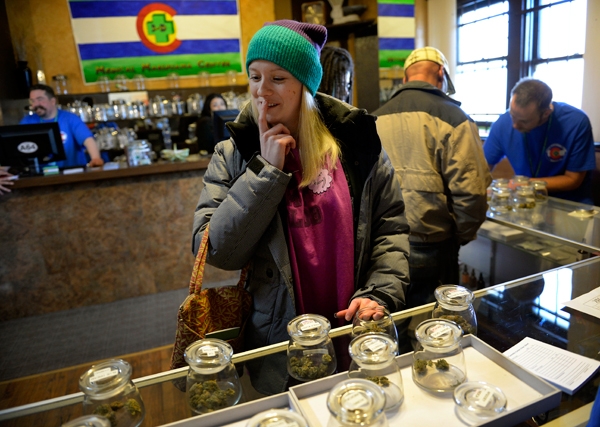 With skiing being one of the main tourist attractions in Colorado, much of the tourist consumption of marijuana is often centered on the state’s ski towns. In fact, a number of enterprising individuals have begun offering cannabis/ski tours, first taking tourists around the various marijuana shops in the city before brimming them to the ski resorts. However, tourists and local residents should be aware that it is illegal to smoke marijuana in all public spaces as well as the U.S. Forest Service grounds on which most of the skiing spots in Colorado are located.