Federal agents have busted what they called a major synthetic marijuana ring in Southern California. 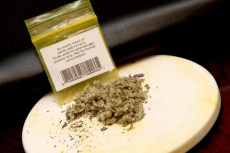 A dozen arrests were announced in October by the U.S. attorney’s office for Los Angeles. The suspects are all California residents and allegedly sold synthetic pot to homeless people in the city’s Skid Row neighborhood, near downtown.

Synthetic weed, also known as Spice or K2, is a lab-designed drug made to mimic the effects of real marijuana. This is done by synthesizing the natural cannabinoids found in the cannabis plant.

The high may be pleasant, at least sometimes, but the side effects are potentially deadly. They include severe aggression, rapid heartbeat, seizures, and psychosis. At least a handful of fatalities have been documented nationwide, though it’s possible there have been more.

Spice is designed to pass drug tests, and its component chemicals are constantly tweaked so they don’t fall under the jurisdiction of the Controlled Substances Act. That law, first passed in 1970, prohibits specific drugs based on how dangerous, addictive, and medically useful they are. Original formulations for Spice are banned by the CSA, but new recipes create legal confusion.

“These are extremely dangerous drugs, despite being falsely marketed to youth as being a ‘safe’ alternative and having innocent names like ‘Spice’ and ‘K2,'” said the U.S. attorney for Los Angeles, Eileen M. Decker. “The often unknown and constantly changing chemicals in these drugs can have unpredictable and devastating effects on users.”

Federal agents arrested six Los Angeles residents as part of the sting, along with a resident of Ontario, Cal., and five Orange County residents. All face felony charges of conspiracy to make drugs, possession with intent to distribute, and distribution of a synthetic analogue of a controlled substance.

Anti-spice effort across the nation 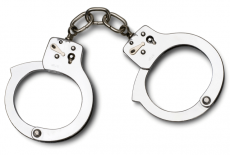 The arrests came as part of a nationwide anti-Spice push. The campaign has resulted in 151 arrests across the country, and federal and state governments are ramping up their fight against the drug.

But California is a strange place for synthetic cannabis to take hold. Real marijuana is legal for medical use and can be easily obtained by almost any adult in California. Even the black market is cheap and easy to access.

But Spice can be highly appealing to children and impoverished adults. That’s because youths can’t normally buy medical weed and because the cost of a doctor’s recommendation can be too steep for many homeless and low-income Californians. Spice, on the other hand, costs just a few dollars a pack.

It’s worth noting that Spice’s popularity has exploded since the DEA banned it in 2011. As happens with other drugs, synthetic marijuana got extra attention when it was outlawed, and that has probably contributed to the boom in use.

In the past, Spice had appeared mostly in the Northeastern United States, where it killed at least one person, probably more. Solid data is hard to come by, and police groups may be hyping the problem to some extent, but synthetic pot is definitely a troubling trend.