Study: Weed Is Good for PTSD

Among marijuana’s many medical uses, one of the most promising is its treatment of post-traumatic stress disorder, or PTSD. This serious mental illness afflicts 5.2 million Americans each year, with 8 percent of the population suffering symptoms at some point in their lives. 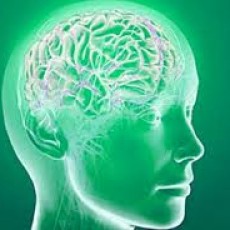 New research now suggests marijuana is a highly effective treatment for PTSD, possibly more effective than any other medication regimen currently available.
The study, published in the journal Neuropsychopharmacology in November, found that THC can prevent PTSD symptoms in rats that experience trauma.

The study is just the latest addition to a growing body of research that “contributes to the understanding of the brain basis of the positive effect cannabis has on PTSD,” the researchers wrote.

The scientists used a synthetic form of THC, known as WIN 55,212-2, to research the effect of marijuana on so-called “traumatic reminders.” These are the non-traumatic alerts that can evoke memories of past trauma – a car alarm triggering the sensation of combat, for example.

Traumatic reminders are a common problem for PTSD sufferers, and the researchers tested the rats to see if synthetic THC would help. It did.

First, the rats were exposed to a traumatic event, a painful electric shock. One group of rats, the test subjects, were injected with the synthetic THC, while the other rats were not.

On the third and fifth day of the trial, the rats were exposed to trauma reminders designed to trigger memories of the electric shock. After the test, the rats were given a form of exposure therapy designed to lessen their PTSD symptoms.

The study determined that the rats injected with synthetic THC didn’t experience PTSD symptoms following the traumatic reminders. The rats that got no injections did experience symptoms – as did a third group injected with Zoloft, an SSRI antidepressant.

Zoloft, one of the more popular antidepressants on the market, is used to treat PTSD, but only with mixed results. Success rates are no better with other forms of medication, though they can diminish symptoms in many people.

Marijuana may hold the most promise for suffering PTSD patients. It’s already used in some clinical settings. And a few states have added the disease to the lists of conditions covered by their medical weed laws. 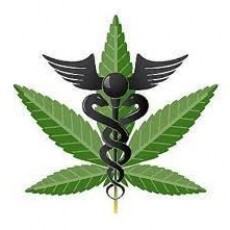 Researchers said they also discovered the neurological process behind traumatic reminders. The rats that were exposed to trauma and then to traumatic reminders showed an increase in the activity of two brain receptors involved in emotional processing. THC suppressed this activity.

One of the lead authors of the study, Dr. Irit Akirav, published a similar study earlier this year. That research concluded that applying THC within 24 hours of a traumatic event may reduce symptoms. Akirav’s new study shows that protection can be effective if applied later.

“The findings of our study suggest that the connectivity within the brain’s fear circuit changes following trauma, and the administration of cannabinoids prevents this change from happening,” the study’s authors wrote. “This study can lead to future trials in humans regarding possible ways to prevent the development of PTSD and anxiety disorders in response to a traumatic event.”