Study Does Not, in Fact, Prove Marijuana Is Dangerous

Scientists released a study in October that provided some interesting insight into the effects of marijuana but little new information.

You wouldn’t know that to read the breathless coverage of the study, though. Major media outlets trumpeted that cannabis is “addictive as heroin” (unquestionably not).

The headline in Men’s Fitness read: “20-Year-Study Says That Marijuana Makes You Stupid” (the study shows no such thing). The Daily Mail in Britain promised, “the terrible truth about cannabis” (nothing in the study ranks as “terrible”). Research, the newspaper claimed, “demolishes claims that marijuana is harmless.”

All this nonsense is a timely reminder that you can’t believe everything you read, even in “competent” news outlets. Almost everyone has an agenda, and that includes “neutral” newspapers, magazines, TV news, and online journalism. Many of the outlets that misrepresented the study have a strong conservative tilt.

Not everyone went on a rant, however. The Washington Post gave a thorough read-through of the study and found it neither asserts nor implies that pot is particularly dangerous. It certainly doesn’t claim that it’s addictive as heroin.

For one thing, the research examined two decades worth of previous studies. It was a review of the scientific literature, not a new study on the effects of marijuana. And literally nothing the study concluded is out of line with what we already know.

We know, for example, that weed is never deadly. A serious overdose would require ten joints an hour, all day, and even that almost certainly wouldn’t kill you. This figure is lower than some earlier studies, but it still amounts to far more than anyone could smoke in a day.

“Cannabis users who drive while intoxicated increase their risk of motor vehicle crashes 2–3 times as against 6–15 times for comparable intoxicating doses of alcohol,” the study’s authors wrote.

Pregnant women shouldn’t smoke dope, period. It’s less dangerous than smoking tobacco, but it can still cause low birth weight. It can also potentially lead to lower IQ and behavioral problems. But even here, irrefutable evidence is hard to come by.

“Uncertainty remains because of the small number of studies, the small samples of women in each and the researchers’ limited ability to control for the confounding effects of other drug use during pregnancy, maternal drug use post-birth and poor parenting,” the authors said.

The claim that weed is as addictive as heroin is pure, unadulterated bullshit. The study actually found that addiction is highly unlikely for almost everyone who smokes pot. Just 9 percent of users develop a dependence on the drug, meaning they experience withdrawal symptoms when they try to quit.

But even dependence isn’t necessarily a bad thing, unless it causes significant problems in your life, in which case it’s considered a real addiction. What’s more, the dependence rate for marijuana is much, much lower than the rates for other addictive substances.

Approximately 15 percent of drinkers become alcoholics, while 17 percent of cocaine users and 23 percent of heroin users. Nicotine has the highest rate of dependence: 32 percent.

Most importantly, it’s much easier for an addict to withdraw from cannabis – and give it up completely – than it is for an alcoholic or hard drug addict to do the same. The effects of withdrawal are milder than those caused by any other recreational drug.

Other issues are equally muddled, with limited data and inconclusive results. Weed could cause limited cognitive impairment in people who start toking early. It could lead to lower educational achievement in teens. It could increase the risk for psychosis. It could moderately increase the risk of heart attack in middle aged smokers. And it could play a role in testicular cancer, chronic bronchitis, and some suicides. 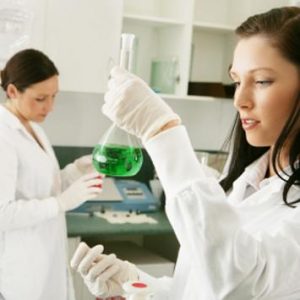 But the general theme of the study is that we don’t yet know enough to say one way or another. No previous study has shown a definitive problem, except for stoned driving. The authors suggest it’s best to use moderation, but they don’t present a scrap of evidence that marijuana directly hurts many people.

The headlines couldn’t be further from the truth. Marijuana is still a (mostly) safe recreational drug and a good source of medicine for many people. The odds that it will turn your life upside down are small enough that you probably don’t need to worry – at all.