Voters made marijuana history again in 2014, legalizing pot in two states and the District of Columbia. 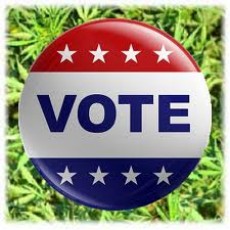 Election Day proved to be a landmark in the history of cannabis reform. Though one state rejected medical marijuana, Oregon and Alaska legalized recreational weed, as did Washington, D.C.

That means four states now allow legal weed: Oregon, Alaska, Washington, and Colorado. That bodes extremely well for the future of legalization votes across the country.

The new law in Oregon passed with about 54 percent of the vote. It will allow adults over 21 to possess up to eight ounces of cannabis at home and carry up to an ounce in public. Residents will also be allowed to grow up to four plants at home.

In Alaska, voters approved a proposal to allow possession of up to an ounce and cultivation of up to six plants. The new law passed with 52 percent of the vote after polls suggested a tied contest.

The entire Pacific Northwest is now legal. If California votes to legalize in 2016, as many observers predict, all of the West Coast will be green, including the nation’s most populous state. The prospects for success in California, Nevada, Arizona, Maine, and other states considering legalization are now very bright.

In Washington, D.C., a measure legalizing recreational weed in the District passed with a whopping 70 percent of the vote. The policy could already be in danger, though, since Congress has the power to overturn any District law.

At least one Republican congressman has threatened to do just that. Rep. Andy Harris, whose Maryland congressional district neighbors Washington, D.C., vowed to pass legislation nullifying the city’s vote.

That would require a vote by both houses of Congress, which is likely. But President Obama would have to sign it, and that’s less likely. The District is overwhelmingly Democratic, and Obama may choose not to alienate those voters. 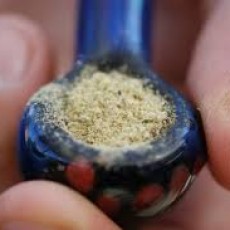 Florida voters shot down a proposal to legalize medical marijuana. Had it passed, it would have marked the first major victory for reform in the Deep South. Most voters supported it, but it needed 60 percent to pass and mustered just 58 percent.

Several cities in Michigan also voted to legalize, continuing a growing trend toward local reform. A few rejected legalization proposals, but not enough to endanger the local approach.

The push for legal weed now moves to 2016. More young voters turn out in presidential elections, and they tend to vote heavily in favor of reform. Legalization campaigns have already begun in several states.