African Americans have their own dating site. So do old people. And Christians. And Jews. And pretty much any other niche you could think of. So why not stoners? 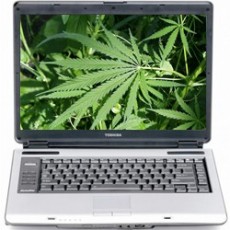 A new crop of dating sites aimed at marijuana aficionados is popping up across the Web. From my420mate.com to 420lovematch.com and 420singles.net, sites are offering avid cannabis fans a way to meet their soul mates.

As any pothead knows, finding the right person who’s into weed isn’t easy. We still make up just a small portion of the population, and lots of men and women out there see us as shifty, lazy, no-account leaches.

This is exactly the problem that these sites are trying to fix. OK Cupid is great for most people, but try explaining your love for marijuana in your profile and see how far you get.

A new site just opened in California, out of Marin County. Called 420singles.net, it was designed by Ryan Moxon, who built the site while working nights as a security guard.

“Sometimes I would be all by myself for 12 to 15 hours at a time,” Moxon said. “Eventually I just brought my laptop and a little WiFi hotspot and I got to work. I smoked marijuana, and I was single, and I was like, I really want to find a girl who also smokes marijuana, and one thing led to another.”

So far about 22,000 people have joined, he said. That’s not a lot, and it makes it hard for people in various parts of the country to find local matches. But Moxon said the site should grow to include more singles. 420singles.net held its first local meet for stoners in Sausalito, Cal., Aug. 23.

The site has brought a number of people together already – Lawrence Ward, for example. Ward, a 59-year-old Vietnam veteran who lives in Michigan, uses medical marijuana. He said the site has landed him successful dates. 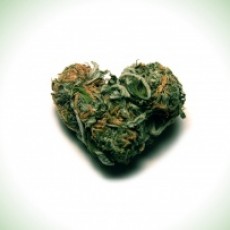 “I’ve met a lady on the site who lives not too far from my area, and we’re going to be meeting for a second date this coming Saturday,” Ward said. “It’s not hard finding a partner who smokes. But what I was looking for was somebody with a similar situation as I had going on with the medical marijuana and being licensed.”

The site itself is free, though there are some paid features. You can join and set up a profile at no cost, but if you pay $5 a month, you can see who views your profile, search for other members by zip code, and send instant messages.

“Most of the time, people will connect by leaving comments on another person’s profile page, instead of having to pay for the messaging,” Moxon said. “But it is free to reply to messages.”

Moxon, who has been toking since he was a teenager, said he found some success with his own service. He connected with a woman there, he said.

“But then she met someone else on my site that went to her college, and they started dating,” Moxon said.