Back in the day, when cops wanted to scare children and their parents for no good reason, they passed around the rumor that deranged neighbors were handing out Halloween candy spiked with razor blades. 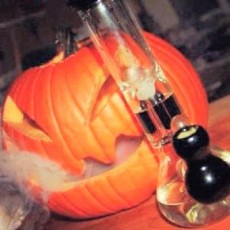 As far as we know, there has been exactly one recorded instance of razor-laced goodies, and that wasn’t even intentional: The razors ended up in lollipops as a result of the manufacturing process – in China.

A handful of other people have been arrested for poisoning candy or handing out mildly dangerous objects instead of sweets. But none of these cases ended in injury, and the poisoners were often targeting specific people rather than children generally. In one of these very rare cases, a man hid a poisoned candy in his son’s Halloween pile in the unsuccessful hope of killing him; the man planned to blame the boy’s death on his neighbors.

Aside from those few instances, though, the poisonous candy myth is just that: an urban legend.

Now police are spreading a new, ridiculous myth, claiming that parents need to beware of neighbors handing out pot-laced candy. And they’re gaining some traction.

Even some dispensary owners say adults could confuse legitimate THC candy with regular candy and give it to kids. There doesn’t seem to be any evidence to back this up, though.

Colorado, one of the two states where cannabis is legal, has seen a recent spike in the number of children who eat marijuana sweets by accident and end up in the emergency room. But the number is still very small.

And there have been no allegations of malicious dosing, so it’s unlikely any kids will be poisoned intentionally. That leaves room for a few isolated accidents, but even that isn’t very likely.

Above all, pot simply doesn’t make a good poison. It only produces a mild high, and though it can lead to physical illness in large quantities, it’s safe to consume. Children could easily ingest too much, but it won’t kill them.

Not that anyone wants kids eating weed. But authorities have already enacted laws that protect against even accidental exposure. Weed candies are usually carefully labeled, and childhood poisonings usually result from a mistake on the part of the children, not adults.

Still, police and some industry insiders are urging parents to be cautious. The Denver Police Department has issued a warning with tips to watch out for THC goodies.

“The problem is some of these products look so similar to candy that’s been on the market, that we’ve eaten as children, that there is really no way for a child or a parent or anybody, even an expert in the field, to tell you whether or not a product is infused or not,” said Patrick Johnson, a Denver dispensary owner who appeared in a video posted to Youtube by the Denver police. 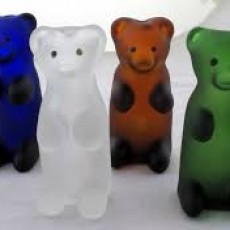 Johnson said the candy manufacturing process makes it nearly impossible to tell the difference between pot candy and the real thing. But the odds any laced treats will end up in kids’ Halloween buckets are tiny at best.

According to urban legend, creepy adults have been sticking candy full of razors, sharp glass, pins, and poisons every Halloween since the advent of trick-or-treating. There have been a handful of reported incidents, but so few and far between that the story qualifies as urban legend.

The same is most likely true of concerns over weed-related tampering.