Obama Backs Legalization in D.C., Won’t Save It

President Obama has come out in favor of the vote by Washington, D.C., residents to legalize marijuana. But that doesn’t mean he’s willing to stop Congress from blocking the new law. 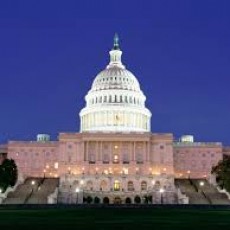 Obama said in early December that he supports the legalization vote Nov. 4. Nearly 70 percent of District voters passed a measure that will legalize possession of small amounts of weed.

But Republicans in Congress are threatening to stop the policy from taking effect, and they’re likely to make good on their promise. The House recently passed a budget amendment that would prevent the District from using federal funds to enforce legalization.

Washington is a home-rule city, at least in theory, meaning its voters make most local decisions. But the District is entirely a federal zone, meaning Congress has final say over its budget and policies. Barring money for legalization would effectively kill the policy.

The amendment still must win approval from the Senate, though that’s all but a foregone conclusion. The only remaining question is whether Obama will act to save the law.

Hopes for such intervention seem to be dwindling. The amendment was tacked onto the omnibus spending bill for the next fiscal year, a must-pass piece of legislation. With Congress firmly in Republican hands, Obama will have to make concessions to get a budget passed, and one of those may be his support of legalization in the capital.

The likelihood of federal intervention has stalled local efforts to enact the new law. Sale of marijuana is still illegal, and the District Council must act to change that before pot shops could open.

A White House spokesman said in December that the president views interference as a waste of money and political effort.

“We do not believe that Congress should spend a lot of time interfering with the ability of the citizens of the District of Columbia to make decisions related to how they should govern their community,” said spokesman Josh Earnest. 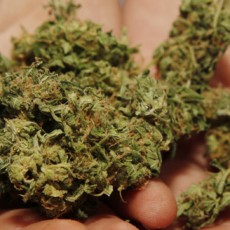 The contradictory effort to kill legalization in D.C. probably has more to do with partisan political retribution than any concern over drug laws. Washington is an overwhelmingly Democratic city, with one of the nation’s largest African-American populations. It’s a haven of support for the left and a favorite whipping boy for the right. Sinking liberal policy in the capital would represent more a victory against liberals than a victory for public policy.

In the end, Obama may have no choice but to let legalization fail in the District. If the budget bill fails to pass, it would likely lead to another government shutdown and an intractable political battle that won’t do anyone any favors, including stoners eagerly awaiting reform.