Most NFL players think weed is less dangerous than alcohol, according to a new poll. That could spell trouble for the league’s notorious anti-pot policies. 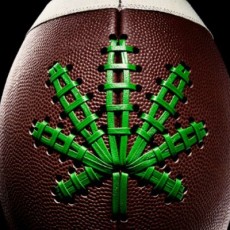 ESPN.com asked respondents whether they agree with President Obama’s statement that cannabis is at least as safe as booze. Three quarters, 75 percent, said they do.

“I don’t think it is more dangerous than alcohol,” Obama said early this year. The drug is less dangerous “in terms of its impact on the individual consumer,” he said.

The poll surveyed more than 100 players out of more than 1,600 in the NFL, and 82 of them answered the question about marijuana and alcohol.

The league has one of the most stringent anti-weed policies in professional sports. Players caught using pot can be suspended for multiple games, a major blow to players whose earnings are relatively small. Other penalties can apply.

Josh Gordon, wide receiver for the Cleveland Browns, was recently suspended for a year for violating the policy.

The NFL has raised the possibility in the past that the weed policy may be open for reconsideration. But there’s no sign that will happen anytime soon, and a league spokesman declined to say whether officials are discussing such a change. 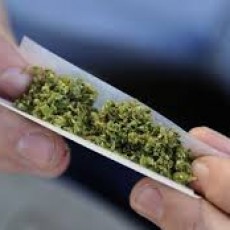 “The policy is part of the [collective bargaining agreement],” Greg Aiello said. “It is collectively bargained. We and the [players’] union are guided by the recommendations of our media advisers to the program.”

Another poll, conducted earlier this year, found that 62 percent of Americans want cannabis to remain banned in professional sports. But there are far greater dangers to athletes and the game than marijuana.

“I’m a big football fan, but I have to tell you, if I had a son, I’d have to think long and hard before I let him play football,” Obama said in February. “And I think that those of us who love the sport are going to have to wrestle with the fact that it will probably change gradually to try to reduce some of the violence.”