In the early days of the reform movement, marijuana advocates pushed for legal weed at the federal level. Later, when this tactic produced no results, they turned to state law with surprising success. Now proponents are increasingly directing their resources at a new target: local governments. 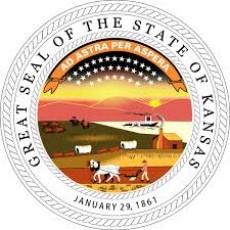 A pro-cannabis group in Wichita, Kansas, is just the latest in a list of cities whose residents have campaigned for reform at the municipal level. Recent victories in Portland, Maine, and several cities in Michigan indicate the local strategy can work in many places, and may encourage legalization at the state level.

In Wichita, supporters say they have almost enough signatures to get a decriminalization question on the citywide ballot. If it passes, criminal penalties for minor pot possession would be replaced with a $25 civil fine.

Possession is currently a misdemeanor in Kansas, punishable by up to a year in jail and a $2,500 fine. Those are among the most severe penalties in the country.

The group behind the campaign plans to turn in signatures later in July. If enough of them are valid, decriminalization would appear on the ballot in November.

It’s not at all clear that the policy has much chance of success. Wichita is a relatively conservative city in a very conservative state, one not known for leniency when it comes to weed.

That isn’t true everywhere. In Maine, pot is already decriminalized under state law. The vote to legalize there simply removed the civil penalties imposed under decriminalization.

In any event, experience suggests votes to legalize or decriminalize weed often encourage local police to back off enforcement of state marijuana laws. Police in some places have said they would continue to enforce state statutes regardless of the new policies, but that doesn’t mean they’ll completely ignore the will of local voters.

The vote in Portland was perhaps the most high profile effort at local marijuana reform. In November, residents voted to legalize possession of less than 2.5 ounces within city limits. State law imposes a $600 civil fine for minor cannabis offenses.

Portland Police Chief Michael Sauschuck said he wouldn’t follow the new pot policy. But similar votes in other cities have led to real changes in enforcement.

In the same election, voters in Lansing, Ferndale, and Jackson, Mich., voted to legalize cannabis. Police in Jackson said they would enforce voters’ intent. 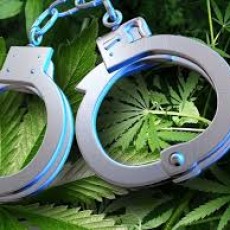 They weren’t the first Michigan cities to loosen marijuana restrictions. Ann Arbor decriminalized weed in the early 1970s, though the policy doesn’t apply to the campus of the University of Michigan. Detroit, Grand Rapids, Flint, and Ypsilanti decriminalized, all in 2012.

Local reform hasn’t led directly to legalization or decriminalization at the state level, but advocates think it could. That’s especially true in a place like Maine, where public sentiment already favors reform.

“It sends a message to people across the country that Maine is going to be leading the way developing a more rational policy than prohibition,” state Rep. Diane Russell said last year.