The family behind a favorite Minneapolis gardening business has been selected as one of two companies that will grow medical marijuana for the state. 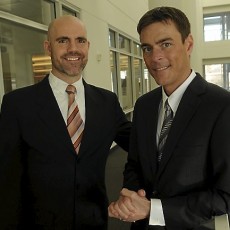 The Bachman family, which owns Bachman’s nursery in South Minneapolis, was awarded one of two licenses to grow weed for the state. The other license went to Minnesota Medical Solutions, a company located outside the Twin Cities.

The Bachman family won the license through their LeafLine Labs, and they plan to build a new pot facility in Cottage Grove, outside St. Paul. Dr. Andrew Bachman and his business partners will run the grow site and should begin work in July 2015.

“I see this as an extension of what I do now, taking care of patients, except on a massive scale,” said Bachman, an emergency room physician.

The Bachmans were one of 12 applicants reviewed in November. Both winners went through a week-long review, and both are local. But they’ve partnered with marijuana companies from other states.

Doctors are behind both companies, a major selling point during the application process. Ironically, Andrew Bachman is the one member of his family who didn’t go into the gardening business. LeafLine Labs is unaffiliated with Bachman’s Floral Gift and Garden Centers, a Minneapolis fixture for decades.

“I am the black sheep of the family,” Andrew Bachman said.

Nearly a dozen members of the Bachman family have invested in LeafLine Labs, so the business will retain ties to the gardening industry. But Andrew Bachman said he’s the only one in charge of the pot business.

Lawmakers legalized medical weed in Minnesota earlier this year. The law allows patients suffering from a handful of conditions to obtain marijuana in liquid or pill form. Liquid concentrate can be used to cook food or inhaled using a vaporizer. 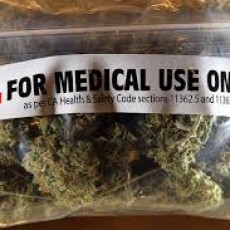 Repeated studies over the years have showed that some alternative means of using pot – especially pills – are much less effective than delivering the THC by smoke. But vaporizing is rapidly increasing in popularity because of its health benefits and ease of use.

The bill passed the legislature only after it was changed to bar patients from smoking weed. Minnesota was the first state in the country to do so, followed soon after by New York.

As a doctor working in an emergency room, Bachman said he gets a front row seat to medical trends, including the rise of medicinal marijuana.

“This appeared on our radar screen a long time ago,” he said.