In a situation mirroring pretty much what has occurred in Colorado, the state of Florida is now gearing up for a significant boost in local tax revenues by way of the legalization of medical marijuana. If passed in November 2014, Amendment 2 marijuana will be legalized for medical use in the state. This early on, Florida Today estimates of sales range from $138 million to $5.6 billion. The taxes generated from all this activity are expected to range from $8.3 million to $338 million. 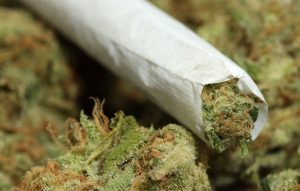 Florida Today’s estimates are derived from the number of cannabis patients in the state, the projected amount of consumption, and the cost per ounce. In estimates made by the Department of Health, there will be more than 417,000 medical marijuana patients in the coming year. There is also an expected increase in the demand for caregivers, with as many as 250,300 jobs in the cannabis industry waiting to be filled. There will also be a need for more than 1,750 medical marijuana dispensaries or treatment centers.

At approximately $2.2 million for the first 2 years, the cost of implementing the amendment is easily justifiable given the potential for millions in tax revenue. The Cannabis Career Institute’s founder Robert Calkin said that despite the somewhat “conservative” figures, the scenario is “understandable” given the circumstances of the state.

A recognized authority in the field of medical marijuana, Calkin has been conducting seminars in various states on how to get started in the medical industry. One of the key issues that he has identified in the Florida cannabis industry is how the local business owners will deal with unexpected costs. As with many other states in which the government has initiated its own medical marijuana programs, the risk that Florida faces is regulation of the marijuana industry without sufficient education. This could make any planned medical marijuana program less effective than it could be.

Other organizations are more optimistic of the future state of the Florida medical marijuana industry. The National Cannabis Industry Association has hinted at the possibility of the becoming the second-largest medical marijuana market in the United States. The association has a more conservative estimate of the number of patients in the state: 260,000 versus the more than 417,000 projected by Florida Today. Of the figure that is 62% lower than the state government projection, the association’s deputy director Taylor West cited the difficulty in predicting the actual figures. West also said that the market would be shaped significantly by the scope and structure of the Florida regulatory program.

With the absence of sufficient data from which to make more accurate estimates, analysis in Florida have had to extrapolate from data gathered from states in which marijuana has already been legalized for medical use. This was confirmed by Office of Economic and Demographic Research coordinator Amy Baker. The office was tasked with preparing the financial analysis of the Amendment 2. Originally contained in a report sent to Attorney General Pam Bondi on November 4, the data has remained unchanged since.