It is now legal to legalize marijuana, so to speak, on each of America’s 310-or-so Indian reservations. That doesn’t mean weed is legal in any of these places – it isn’t – but it does mean tribes can now choose to legalize if they want to. 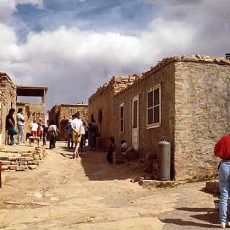 The federal government promised in December that it would no longer interfere in any attempts to reform cannabis laws on reservations. Federal law has long barred the cultivation, possession, or sale of marijuana on reservation land.

Gambling is already legal on many Indian reservations, despite state and federal laws that prohibit it. The government has agreed in many cases to allow casinos under its treaties with native tribes.

Could weed be the next big thing for reservations? Could it eventually supplant gambling as a source of reliable income for Indian nations?

First, it’s important to note that casinos and legal weed are two very different things when it comes to reservation law and culture.

Alcoholism has been a subject of great concern among Native Americans for hundreds of years. The long memory of that scourge may make it difficult, if not impossible, for many nations to adopt legal cannabis. It’s hard to pitch any potentially addictive drug on reservations, although the addiction rate for pot users is much lower than the addiction rate for alcohol consumers.

Still, it’s not improbable to imagine at least a few reservations taking advantage of the new federal leniency. If a Native American tribe can successfully harness the plant, it might be possible to grow and sell the drug without endorsing its use on the reservation.

Indian tribes are in a unique position to benefit from federal marijuana policy. Though the feds have a fair amount of authority over reservations, they tend to apply a hands-off approach.

Indian reservations operate under their own laws 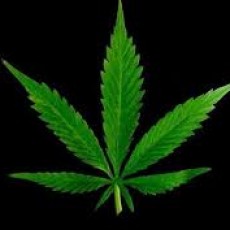 Once these rights are granted, it would be difficult for the government to revoke them. Even a more conservative administration would run into the fact that Indian reservations operate mostly under their own laws.

Indian tribes in the United States operate under a confusing combination of reservation and federal law. Most policies are local, but federal law governs certain subjects, including anti-drug policies.

Reservations are treated as semi-autonomous nations under their treaties with the federal government. The FBI enforces drug laws, homicide, and some other serious crimes, but lesser offenses are left to reservation police.

The new marijuana policy will allow tribes to make their own decisions about cannabis. Whichever path they choose, the fact that legalization is now open to them suggests it will soon spread to even more places across the country.