The year 2013 was a banner moment for marijuana in America: Two states implemented legal weed and more states joined the long list of those that allow medical pot. 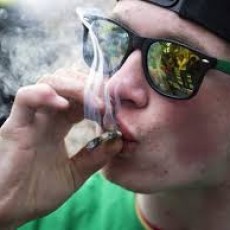 In the end, though, 2014 could prove to be an even more important year for reform. Plenty has happened already, but the real action will come in November, when two more states are set to legalize and the largest state in the South likely will adopt MMJ.

After the 2012 election, Colorado and Washington became the first states with legal marijuana. Oregon and Alaska are good bets to join them this fall.

The initiatives in both states would tax, regulate, and legalize marijuana. Stores would be allowed to sell it throughout each state, and adults over 21 could buy, possess, and use small amounts of it.

The effort in Alaska probably faces closer odds than in Oregon. But polls in both states show relatively strong support for the idea. A majority vote in either of these states would mark another big victory for cannabis supporters.

“We feel like it’s time to stop arresting Alaskans for simply choosing a substance that’s objectively safer than alcohol,” said Chris Rempert, director of the Campaign to Regulate Marijuana Like Alcohol in Alaska.

If Alaska voters choose to legalize Nov. 4, they won’t be making a terribly big step. Weed is already decriminalized in the state by court order, though the legislature has tried to overturn the decision. Very few arrests are made there for possession.

The same is true in Oregon, the first state to decriminalize pot, in 1973. The ballot item there would allow adults to possess up to 8 ounces of marijuana and grow up to four plants, while Alaska’s initiative would allow up to 1 ounce and six plants.

Activists in California also hoped to put legalization on the ballot this year, but four separate ballot petitions failed to collect the necessary voter signatures, delaying legal weed until at least 2016. 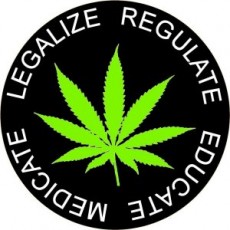 In Florida, meanwhile, voters are likely to approve medical marijuana in the election. Polls regularly show more than 70 percent support, while 60 percent of the vote is needed to make the initiative law.

If the ballot item passes, Florida would become the first state in the South to legalize full medicinal cannabis. Several Southern states, including Florida, recently adopted so-called CBD laws, which legalize the use of certain non-intoxicating marijuana for medical purposes.

John Morgan, the personal injury lawyer leading the Florida campaign, said he realized the value of medical marijuana while his father was dying from emphysema.

“I have never met one person, because there’s none, who have ever died from a marijuana overdose, ever,” Morgan said in June. “It’s so simple and so easy, and that’s why I think it’s going to pass.”