With 2015, we have officially reached the halfway mark of the decade. The 2010s have been a heady, tumultuous time for marijuana and drug policy reform, so we thought we’d take a look back at the decade so far.

The last five years started off with something of a whimper. On Election Day 2010, California voters rejected the first serious legalization attempt in the country. Proposition 19 failed by seven percentage points and seemed to squelch the hopes of many reformers.

Observers took the defeat as an omen of things to come. They couldn’t have been more wrong. Just two years later, reform made its first real foothold in America since weed was outlawed in 1937.

In November 2012, Colorado and Washington became the first states to legalize and regulate the cultivation, processing, sale, and possession of recreational marijuana. Both measures passed by significant margins.

Then last year, voters in Alaska and Oregon legalized weed in those states, too. Washington, D.C., also passed legalization at the ballot box, but that policy won’t take effect for at least another year.

That handful of big wins – two in 2012, two again in 2014 – has changed the dynamics of drug policy in America like an earthquake. Just five years ago, it was still widely considered unthinkable that a whole state could buck federal drug law and chart its own course with marijuana.

Of course, pot remains illegal in most places, at least for recreational use. That is likely to change, rapidly, in coming years. What began as a quirky legal experiment has grown into an unstoppable political force.

Medical marijuana is probably the single biggest reason for that.

By the time 2010 rolled around, 13 states allowed medical marijuana. That number has almost doubled in the years since, with another 10 joining the crowd in the last five years. And that doesn’t count the states such as Florida and Utah that have approved only non-intoxicating CBD marijuana for medical use.

Another strong sign of the progress of reform: Pot proponents have suffered few significant setbacks since 2010. Floridians rejected a proposal to legalize medical cannabis in 2014; 58 percent supported the initiative, but a 60 percent vote was needed to pass it. 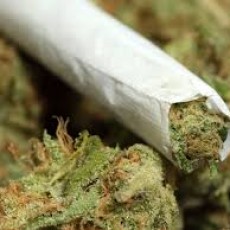 Reform also ran into roadblocks in California, where four separate efforts to legalize recreational pot fell apart in 2014. The big-money donors necessary to push a successful ballot campaign bowed out that year, saving their money for a likely legalization push in 2016.

The past half decade was also marked by a concerted but largely covert federal effort to shut down medical marijuana in California. At least two of the state’s four federal prosecutors, both located in Northern California, made their careers by targeting legal MMJ providers under federal anti-drug laws.

That campaign should come to a close this year. Late in 2014, Congress enacted the first substantial cannabis reform at the federal level. The vote means the DEA, U.S. attorneys, and other agents of the Department of Justice may no longer use federal funds to persecute the medical marijuana community.

Unfortunately, the same legislation has blocked the District of Columbia from enacting legalization. It’s not clear when the ban will be lifted, but it won’t happen for at least another year.

The defeats that cannabis advocates have experienced since 2010 are dwarfed by their victories. More has changed about marijuana law in the last five years that during any time since the drug was first declared illegal.