Garyn Angel was only one of dozens of other entrepreneurs at the InterContinental Hotel in Chicago making a pitch for funding for his startup venture. It could have been a scene from a decade ago and a fairly common occurrence since then. The difference is that Angel only had 5 minutes to present his case before a panel of five investors who had the other players to hear as well. 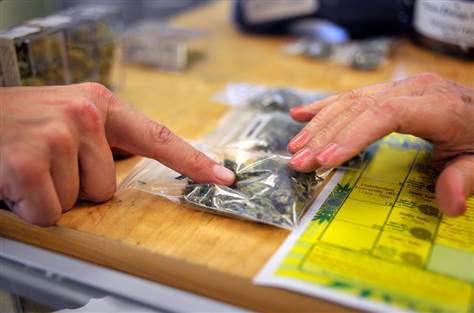 Angel is the CEO and president of Magical Butter, a company that sells cookware specifically intended for making marijuana edibles. Claiming a Facebook following of more than 133,000, Angel said that he needed $2 million to $3 million for his business.

Illinois is gearing up to face issues that others have since legalizing marijuana under their own laws. Some of the most significant issues revolve around financing, particularly with regard to how marijuana-based businesses will be financed as the drug remains illegal under federal law. With banks still unwilling to deal with the marijuana industry and investors leery of venturing into the unknown, startups have their work cut out for them when seeking out funding.

Not all investors are skittish about entering into partnerships with marijuana-based firms. A small group has expressed optimism about the industry, saying that cannabis has a ‘huge potential’. As for the legal ramifications, the more optimistic investors say that involvement in the marijuana industry will become safer as more states legalize cannabis.

Just how impressed some investors are with marijuana’s potential could be seen in people like David Friedman, who is in the process of developing a hedge fund that would be invested in a marijuana-based venture. For Friedman, the plan is to invest 20 percent of his portfolio in startups that are directly involved in marijuana processing.

Although 80 percent of his portfolio would go into less-risky ancillary businesses, the fact that he is willing to invest as much as 20 percent into direct marijuana businesses shows the increasing confidence and acceptance that entrepreneurs have in the marijuana trade. Nevertheless, Friedman did say that he would not fund any such business until after the Illinois business licenses are granted.

Some investors are even more optimistic of the marijuana industry’s potential, looking for startups with big ambition. Leslie Bocskor is one such investor, and he expressed interest in setting up a hedge fund in order to invest “very actively” in the marijuana industry. But Bocksor isn’t looking for just any firm. He is particularly interested in businesses that are in it for the big money. For Bocksnor, a company targeting a mere couple of million dollars a year isn’t going to cut it. As more investors enter into the marijuana trade, these types of arrangements would only become more and more common.