Of all the states that could legalize marijuana in the next two years, many believe Maine is at the head of the pack. A win there would mark a major turning point with the arrival of legal weed on the East Coast.

State lawmakers aren’t wasting any time on the issue. They’re currently considering four bills dealing with a range of topics, including recreational cannabis legalization, medical weed, and driving while impaired. If even one of them passes, it would mean major changes for marijuana law in Maine.

Two proposals would change the state’s medical pot laws. The first would open the program to anyone approved by a doctor, rather than using the current rigid list of qualifying conditions. The second would bar state officials from gathering identifying data from patients.

Those changes could provide a much larger group of patients access to medical marijuana. MMJ is usually taxed at a much lower rate than recreational weed, making it cheaper for patients.

Given that legalization is probably already on its way, it’s hard to find any reason not to expand MMJ in Maine. These patients will get their weed one way or another, but a bigger medical pot program would make it easier for them to afford their medicine.

Another bill before the legislature would establish cutoff points for DWI arrests. That may sound good on paper, but the reality is that marijuana intoxication can’t be measured as easily as alcohol intoxication. 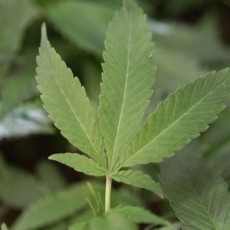 “When we get over to cannabis we are not really sure,” said Mark Dion, a former sheriff who advocates medical pot. “We are not sure how the body metabolizes that substance and we can’t draw any straight-line conclusions that a certain amount of THC in your blood impairs you to a sufficient degree that we can see it in a field test.”

Difficulties in testing drivers for weed use have led to legal and political problems in other states. The amount of THC in a person’s blood doesn’t reliably correlate with impairment. With booze, on the other hand, a cutoff of 0.08 percent blood alcohol content is enough to charge a driver with DWI in any state.

The most important bill of the session, though, would legalize recreational pot throughout the state. If it passes, Maine could become not only the first Eastern state with legal pot but the first state to legalize by way of its legislature.

State Rep. Diane Russell, an author of the legalization bill, said lawmakers need to act before 2016, when the issue will likely appear on the ballot.

“That’s why this session is the session to do it,” Russell said. “Let’s let the Legislature put the policy in place that they think is the best deal for Maine, that truly protects children, that invests in schools, all of the things we would want out of a legalized market.”