The wave of marijuana legalization that has swept throughout much of the United States has resulted in a number of significant developments. One of these is the increase in tax revenues earned by states in which marijuana has been legalized, such as Colorado and
Washington. Both states have legalized marijuana for medical use – just like 20 other states all over the country – but they have also gone a step further and legalized the recreational use of marijuana.

Colorado, having been the first state to legalize marijuana for recreational purposes, has had a significant head start over Washington in terms of generating tax revenues. In the first few months of legalization alone, Colorado has already earned millions of dollars in tax money. This has encouraged many other states–some previously opposed to marijuana–to initiate their own conversations regarding legalization.

It hasn’t all been smooth sailing. Washington, which has only recently begun to make marijuana available to the public, has been wrestling with problems associated with a shortage in supply. However, the situation is expected to improve within the course of the next several months, and marijuana proponents in Washington hope to see the state catch up to the revenues generated by the Colorado marijuana industry.

The generation of tax revenue was actually one of the most pervasive selling points to legalization, dating back to the earliest years of the effort. As Colorado has so eloquently proven, there is indeed some merit to the theory that the marijuana industry can generate significant amounts of money in tax revenues. However, there are other ways that the marijuana industry has begun to prove its worth to the legal states and to society at large. With the rise of legalization comes an influx of new job opportunities, many of which were simply unheard of in the years prior to legalization. 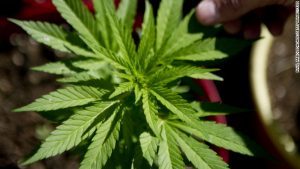 To be sure, there have already been a number of fringe industries tied in with the marijuana industry even when it was strictly a black-market enterprise. Retailers, packers, couriers, and security personnel were only some of the individuals that have made money of the black-market marijuana business. With the legalization of cannabis however, these and many other roles have been legitimized as well. This has given government authorities and analysts a clearer picture as to how much money can be made from the marijuana industry. It has also resulted in a more accurate assessment of the various roles that are possible in the business, and that can yet be possible as the marijuana industry continues to grow.

The opening up of new job opportunities in the marijuana industry can potentially have as significant an impact on the economy as the tax revenues that the business generates. Even now, with legalization only months into actualization, there are already numerous new roles being filled in retail, cultivation, and even the food and security industries. As marijuana legalization gains even more ground and more states follow suit, there will undoubtedly be many more opportunities that will be opened up.