Is Legal Weed Doomed in Uruguay?

Time may be running out on Uruguay’s first-in-the-world experiment with legal marijuana.

The program has fallen behind schedule, and that’s given the opposition an opening. Polls show an increasing number of Uruguayans don’t want their country to allow legal weed, and opposition candidates are gaining ground leading into the October elections.

“I am convinced that the current project is never going to be applied,” said Luis Lacalle Pou, the leading presidential candidate for the opposition. “The entire project is not workable. The pharmacies don’t want to sell the drug and nobody is going to register as a user, as the law obliges.”

If Uruguay caves, it would mark a significant setback in the legalization movement. Most hope for marijuana reform now lies in the United States, unless Uruguay’s majority coalition can save the program.

In May Uruguay became the first country in the world to allow the legal sale of marijuana to residents. Pharmacies are allowed to sell up to 40 grams of pot to users each month, consumers are required to register so their purchases can be tracked, and clubs for growers and users are permitted.

The legislation passed last year after a campaign led by President Jose Mujica and the Broad Front coalition. Mujica pushed the bill as a solution to cartel violence and a rising homicide rate.

“The appearance of drug trafficking signified a brutal cultural change in the world of crime and a nearly absolute disregard for the value of life,” Mujica said in May. “So we decided to try to snatch away a part of that market.”

But public support for the idea was never strong. Now, just 27 percent of Uruguayans say they back legalization, while 64 percent oppose it. A whopping 62 percent said they want the law repealed.

The program has also stalled in its early phase. Officials originally said the drug would be available in pharmacies by the end of this year. Now it could be well into 2015. 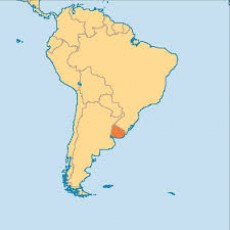 A big part of the problem is the fact that Uruguay is the first nation on Earth to legalize recreational pot. Two American states, Colorado and Washington, beat Uruguay to the punch, but no other national government has made the drug completely legal.

Opposition candidates are calling for an end to the program and repeal of the law that allows it. Both sides are in a tight race that will likely determine the future of cannabis. As none of the seven candidates for president has enough support to win, a runoff election will probably be held in November.

Unless the current government survives and convinces Uruguayans not to hate marijuana, the future doesn’t look great for legalization.

“People are against drugs and don’t distinguish between them,” said Adriana Raga, director of the Cifra polling firm. “For a small, educated sector – very small – marijuana is something special. But for the great majority of Uruguayans, all drugs are bad and marijuana is another bad drug, the same as base (cocaine) paste.”