Weed is now legal in Colorado, and that’s drawing an unexpected crowd to the state, especially Denver: homeless people.

Shelters, already strained, are bearing the additional weight of new people coming to Denver with no place to live. That’s especially true of young people. 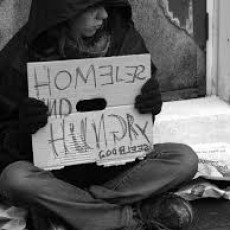 “Of the new kids we’re seeing, the majority are saying they’re here because of the weed,” said Kendall Raines, deputy director of Urban Peak, a non-profit that helps disadvantaged young people in Denver and Colorado Springs.

Edward Madewell is a case in point. Madewell, who spent five years homeless, agreed to head back to Missouri to live with his mother. He bought a Greyhound ticket, boarded the bus, and got halfway home.

Then his mother told him he couldn’t continue smoking weed if he moved in with her. Madewell, who uses marijuana to treat seizures, refused. He prefers cannabis to the pills that are used to treat his disorder, and he made a change of plans.

Instead of Missouri, Madewell headed for Colorado and its legal weed.

“I’m not going to stop using something organic,” he said. “I don’t like the pills.”

Pot doesn’t always go over well at area shelters, which impose strict rules to prevent trouble. Young people staying at shelters often have a chip on their shoulder, said Melinda Paterson, director of Father Woody’s Haven on Hope, and that can make it harder to deal with them.

“Typically, they have an attitude,” Paterson said. “But we are really strict here. We treat you with respect . . . and if they are not respectful, we ask them to leave.”

The homeless are coming to Colorado for many other reasons, such as the improving job market. That includes many jobs in the newly legal marijuana industry, which is booming.

Even people who work with homeless residents say they’re not sure what’s causing all the newcomers to arrive. They say it could involve weed, but other factors play a part.

“We have had an influx, and the majority of them have been from out of town,” Paterson said. “I have no idea if the marijuana law has had an impact.” 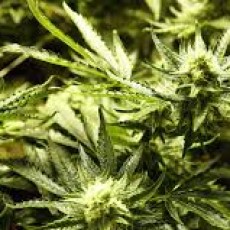 But the number of homeless people in Denver has increased dramatically over the last year, advocates say. Marijuana first became available in retail stores Jan. 1.

Typically, Paterson said, Father Woody’s typically gets about 50 additional residents every month during the summer. This year the number has risen nearly six times over.

“We have gotten 923 homeless over the last three months,” Paterson said. That’s more than 300 new residents a month. . . . It is worrisome in the sense that how many are we going to clothe and feed and find shelter for them.”