Drug-laced Halloween candy! Deviant marijuana fiends out to corrupt children and poison the masses! Crime around every corner!

Actually, none of those things turned out to be true this Halloween. But you wouldn’t know that from the breathless reporting on the menace of THC-infused candies. 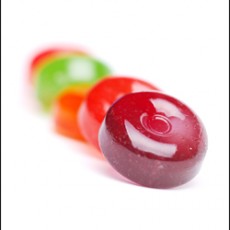 Police in Maryland seized a relatively small shipment of cannabis candy from Colorado on Halloween. It wasn’t intended for use on trick-or-treaters, but media outlets brushed over that fact because poisoned candy makes for better TV than a minor shipment of illegal edibles.

The marijuana scare started earlier this month when police departments in Colorado and elsewhere warned parents of the lurking danger of weed candy. These treats, police said, are easily mistaken for real sweets and were sure to wind up in the candy buckets of children across the nation.

All indications are that it simply didn’t happen. The same has been true of every dire Halloween warning since the birth of Halloween: It’s all urban legend.

As of Nov. 1, there were no reports of any major incidents anywhere in the country. The night passed as calmly as it usually does, and smelly hippies did not take over the world. The warnings are almost certainly part of an organized campaign by law enforcement to scare people away from weed.

It was clear by Halloween night that parents weren’t particularly worried. A company in Denver offered 1,000 free testing kits to parents who wanted to screen their kids’ treats, but just 45 people showed up to get them.

“My honest opinion is that’s an overblown fear that was created by the police,” said Bill Short, CEO of CB Scientific. “We stepped in to tell parents, don’t be spooked. We were not trying to jump on some fear-mongering bandwagon.”

A few children have accidentally eaten THC-infused candy intended for adults. But the number has been very small. So far this year, Children’s Hospital Colorado, located in Denver, has treated exactly nine children for THC overdose. 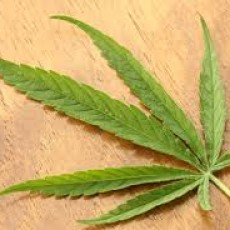 Police warnings were widespread in the days leading up to Halloween. Departments across the country insisted potheads would dispense cannabis candy, a claim that didn’t bear out.

At least one cop, a detective in Washington State, tried to fight the hysteria. In a newspaper column, Pierce County Sheriff’s Detective Ed Troyer called out the rumor as urban legend. And he raised a critical point: Who the hell would waste good weed on random children?

“It’s too expensive, hard to get, and users of these products are pretty laid back and not generally terrifying in nature,” Troyer wrote.