First Coors, Then Cigars. Is Weed Next?

Once upon a time, there was a beer so hard to find east of the Mississippi River that they made a movie about it: Smokey and the Bandit. Yes, there was a time in history when driving Coors beer across state lines was considered smuggling. 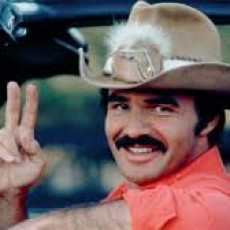 Then laws and beer markets changed. And as soon as Coors reached the East, its mystique died. What was once the champagne of the mountain West is now just another cheap, watery American beer.

America is facing a similar possibility now that Cuba and the United States have resumed diplomatic relations for the first time in more than half a century. The island’s famous cigars have long been banned here, but tourists will now be able to bring the luxury items back to the States in small amounts.

Once the remaining American embargo against Cuban imports ends, as it inevitably will, the thrill of Cuban tobacco will be gone. And that could do real damage to the international market for the cigars.

Could the same thing happen to weed? It’s still banned in most of the country, whether by state law, federal law, or both. But it’s likely marijuana will soon be legal in many places, and that could deprive users of some of the mysterious appeal of cannabis.

And that’s a big part of the drug’s appeal. There are lots of good reasons to smoke dope, and we’re learning more about them on a daily basis. But one of the strongest is the forbidden nature of marijuana and the knowledge that its users are dodging criminal or at least financial sanctions.

What happens when weed goes legal everywhere? Will it lose its charm and go the way of absinthe, which everyone puts on their bucket list and then never actually tries because why bother? Or will we stoners adapt and find enough new meaning in our drug of choice to keep it forever popular?

The closest anecdotal evidence we have will probably come from Cuban cigars. They’ve been illegal in the U.S. since the economic embargo was imposed more than 50 years ago.

The Cold War stare-down finally ended in December, when President Obama announced he had arranged a prisoner swap with Cuba’s president, Raul Castro. In return for three convicted Cuban spies, the Cuban government turned over an American contractor imprisoned for five years and an American spy imprisoned for two decades. 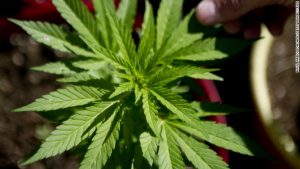 More significantly, the deal removed diplomatic barriers between the two countries. The United States will soon open its first embassy in Havana since the Kennedy administration, and Cuba will do the same here. Though the embargo remains mostly in place, Obama said he would remove as many constraints to trade and tourism between the two countries as he could.

Cuban cigars remain a popular, if expensive, must-have for anyone with the money to afford them and the connections to get them. Kennedy even stashed some at the White House before the embargo went into effect. But what happens to them now that they’re legal again?

Probably nothing for a while. Until Congress loosens import and travel restrictions, cigars won’t flow into the United States in great numbers. Only tourists may bring them home, and then only in small numbers.

Eventually, though, it will be easy to find a real Cuban anywhere in America. Then it will become a simple question of supply and demand: Are Cuban cigars really good enough that Americans would still pay steep prices? Some sources suggest they’re not.

But that doesn’t mean weed is on the way out anytime soon. Coors managed to build a brand that now competes with the biggest beers in the country, so clearly it’s possible to hold an audience if there’s at least something redeemable about the product.

Besides, it’s not like weed is going to get worse or anything. People will still get high, and that will still be a lot of fun. Cuban cigars may taste great and give you a buzz, but they won’t make your day all that much better.

Also, cigars cause cancer while marijuana fights it – one of its many medical benefits. As long as there are patients who need it, there will be weed.