A dispute over the future of marijuana in Oregon has devolved into a spat of name-calling and accusations.

Marijuana opponents have scheduled a series of events across the state in advance of a vote on legalization in November. The events are decidedly anti-cannabis, and were set to feature Kevin Sabet, the country’s most prominent opponent of legalization. 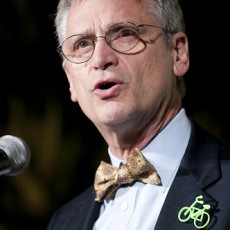 U.S. Rep. Earl Blumenauer, an Oregon Democrat, accused the series’ organizers of illegally using federal grant money to promote a political cause. The organizers quickly shot back that they would carry on regardless.

Blumenauer sent a letter to the office of the national drug czar Sept. 5, calling for an investigation into whether the Oregon Marijuana Education Tour is using federal money to fund political activity. He pointed out that grant money paid for newspaper ads hyping the dangers of cannabis.

Voters will decide Nov. 4 whether they want to legalize the drug. The ballot initiative, which would allow possession of up to eight ounces, is likely to pass. If it does, Oregon would join Colorado and Washington State, both of which legalized pot in 2012.

“The bias of the speakers selected, the overall one-sided focus of the events, and the proximity between these events and the upcoming election are cause for concern,” Blumenauer wrote.

“He is trying to bully people — the remaining members of the tour — into not talking about marijuana,” Marquis said. “They are so afraid of any conversation they are willing to essentially make the allegations in Congressman Blumenauer’s letter.”

In fact, Blumenauer was scheduled to debate Marquis in Salem, Ore., this month.

A summit planned for Madras, Ore., was cancelled when its organizers realized Sabet would be speaking, said Rebeka Gipson-King, spokeswoman for the Oregon Health Authority. The agency planned to provide grants to cover the cost of the summit but pulled the plug after a flier circulated promoting Sabet’s appearance. 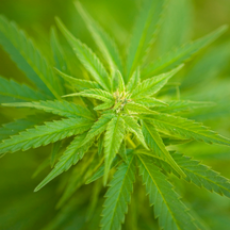 “We realized the nature of the event had changed from what our understanding was,” Gipson-King said. “It was advertising Kevin Sabet. He has a reputation for being anti-marijuana legalization. That, combined with the timing of the event right before the election, made us decide not to participate.”

The Oregon State Sheriff’s Association then took over the tour, cutting organizers a $15,000 check. Darrell Fuller, the head of the group, also works for the No on 91 campaign, which opposes legalization.

“Because there happened to be something on the ballot having to do with marijuana, people are jumping up and down waving their hands,” Fuller said. “We saw value in still having the summit, so we are stepping in and covering the money they were losing.”

But as Blumenauer pointed out, the timing of the tour is highly suspect. Private organizations are legally barred from using federal grant money to pay for political activism.