Marijuana is often used to treat depression and anxiety. It’s rarely recommended for those conditions, at least not officially, but plenty of anecdotal evidence suggests it can be effective anyway. 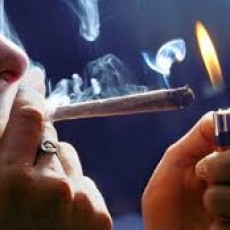 So it’s somewhat surprising that a new study finds cannabis can make anxiety and depression worse. The study, published in Proceedings of the National Academy of Sciences, found that chronic pot use can aggravate negative emotional states and reduce positive emotions.

The study was conducted on 48 subjects, a very small sample size. That calls the validity of the results into question until other scientists are able to replicate them.

But researchers said the data was compelling enough to conclude that tokers experience a reduced response to dopamine in the brain. Dopamine, a neurotransmitter, regulates motivation and reward-seeking behavior.

The 24 subjects who were given marijuana displayed significantly reduced dopamine responses. The 24 people in the control group, who didn’t get weed, showed no such reductions.

“Marijuana abusers show lower positive and higher negative emotionality scores than controls, which is consistent, on one hand, with lower reward sensitivity and motivation and, on the other hand, with increased stress reactivity and irritability,” the study’s authors wrote.

“These deficits cannot be unambiguously ascribed to reduced [dopamine] release . . . but could reflect a downstream postsynaptic effect that in the ventral striatum (brain reward region) might contribute to marijuana’s negative emotionality and addictive behaviors,” they said.

Marijuana frequently causes paranoia, which is closely linked to anxiety. But that effect is usually minimal and fades with time. And many people with mood or anxiety disorders say the drug helps ease their symptoms.

Medical pot is often used to treat post-traumatic stress disorder, an anxiety condition, for example. Still, the medical evidence supporting the use of weed for most mental disorders is thin, which is why most states’ MMJ programs don’t cover them. 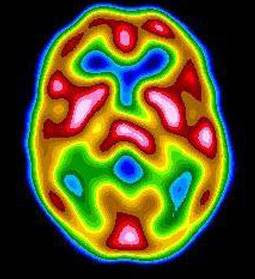 That doesn’t mean there’s no medical benefit to weed in those cases. Some people may be at increased risk of pyschosis, mania, or other problems, but others say marijuana helps them.

Importantly, the study doesn’t rule out the possibility that people who are already experiencing reduced dopamine responses might seek out marijuana to treat the resulting depression and anxiety – not the other way around.

The study’s authors said such uncertainties make it critical for scientists to examine the drug as it becomes increasingly legal across the country.

“Moves to legalize marijuana highlight the urgency to investigate effects of chronic marijuana in the human brain,” they concluded.