Colorado Town Opts For Marijuana Instead Of Gambling

In the western Colorado town of DeBeque, officials are now considering developing the local marijuana industry after state lawmakers turned down plans to open the first casino. If plans push through, the Mesa County town will be the first municipality to legalize the sale and use of marijuana for recreational purposes. Even at this early stage, applications for marijuana shops are now being accepted in preparation for the first ever recreational cannabis sale in DeBeque. 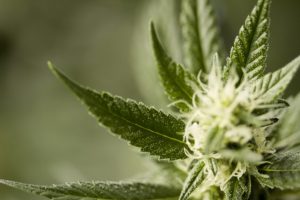 Local officials have taken a closer look into legalizing recreational marijuana after the rejection of plans to open the first casino gambling establishment outside Black Hawk, Central City and Cripple Creek. Earlier in 2014, town officials lobbied for the inclusion of DeBeque in the list of Mesa County municipalities where gambling is legal. However, these plans were met with little support by lawmakers as well as the general public.

In April 2014, residents of DeBeque effectively allowed the cultivation and sale of marijuana for recreational purposes on the strength of a 69-65 vote. Since the availability of license applications on August 1, 2014, one applicant has already submitted the form, while many other aspiring marijuana entrepreneurs have expressed their intention to become involved in the northwestern Colorado town’s marijuana industry.

Some local officials seem to have backed the move, with town Mayor Forest Matis having gone on record in support of the marijuana initiative. The newly-elected mayor said that any action that sought to “bring (…) money into town” is “good.”

For those opposed to legalizing marijuana, one of the potential problem issues is the possible loss of some of DeBeque’s main sources of income and livelihood. DeBeque is located nearby Piceance Basin, which is the site of several oil and gas drilling firms. Critics of legalization fear that legalizing marijuana would cause these firms to shy away from DeBeque. Even as the sale of recreational pot has yet to be undertaken in the town, there have been rumors of company officials warning their employees to stay away from marijuana shops or risk termination.

Other DeBeque residents are just as keen to give gambling a second chance. Despite his apparent support for the fledgling marijuana industry, Mayor Matis has announced plans to continue campaigning for gambling. Because the plan to establish the local casino was rejected on the basis of a statutory change, the issue will be presented for voting on a state level in 2016. This plan would appear to sit well with many older DeBeque residents, many of whom are more receptive to gambling than to legalized marijuana.