The legalization of marijuana in 20 states and Washington DC has given rise to a number of viable economic opportunities that were previously all but non-existent in the United States. In Colorado in particular, the recreational marijuana market has caused the development of a veritable industry catering to the unique needs of this burgeoning market. When Amendment 64 was voted into existence on November 6, 2012, it effectively legalized the use of marijuana for state residents twenty-one years and older. The law came into effect on December 10, 2012, and its passage expectedly gave rise to a number of businesses and industries that revolved around the providing for the needs of the marijuana market. Because the amendment also effectively legalized the various parts of the cannabis plant–and the equipment used to produce, process, and consume it–there are numerous economic opportunities that have come about for those willing to work in the marijuana industry. From cultivation to processing, distribution and sales, numerous opportunities have been opened up in areas that have never been associated with recreational drugs.

All this activity has understandably had a positive–and significant–impact on the economy of Colorado. However, many politicians and high-profile business figures remain critical of the legal marijuana industry, citing its supposed negative effects on the public. The Metro Denver Chamber of Commerce is especially critical of the cannabis industry, saying that proponents of legalization essentially profit “at the expense of children”.

One of the most disturbing aspects of the continued opposition to marijuana legalization by the Chamber of Commerce and many other entities is the treatment of those involved in the legal marijuana industry as little more than criminals. At the same time, people in the alcohol and fast food businesses are treated far more favorably, despite overwhelming evidence that suggest that these industries pose much greater health risks than the marijuana industry. 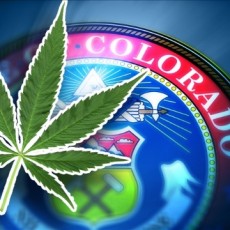 The economic benefits that the marijuana industry provides to Colorado–and the other states that have legalized marijuana–cannot be denied. Apart from the direct contribution to the economy however, those in the marijuana industry also contribute indirectly to the state coffers by way of real estate purchases, investment in local businesses, and more. So for these economic contributors to be treated as little more than criminals is definitely unfair–not to mention detrimental to the welfare of the state.

All over the United States, the marijuana movement has taken off in a big way, and is definitely gaining ground every day. Following the lead of the twenty states that have already legalized marijuana, a number of other states are also considering their own legislative actions that would legalize marijuana to varying degrees. With the health and economic benefits of marijuana legalization gaining new adherents every day, there is no doubt of the commitment of legalization proponents to the cause. As the residents of Colorado and the other legal states have already made their stance known, there is virtually no moral–nor legal–ground for critics to oppose it.