CBD Weed Could Be Rescheduled

For the first time since the 1970s, Congress could soon remove a form of marijuana from schedule 1 of the Controlled Substances Act, a prelude to legalizing the drug. 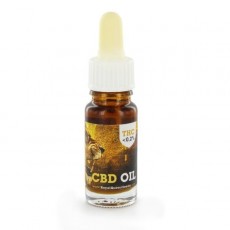 A bill introduced in the U.S. House of Representatives July 28 would exempt so-called CBD cannabis strains from the Nixon-era anti-drug statute. These strains of marijuana are high in CBD, a cannabinoid chemical that helps people with severe seizures, and low in THC, the cannabinoid that gets marijuana users high.

If the bill becomes law, it would mark the first time since 1937 that any form of natural marijuana has been allowed under federal law.

It’s unclear whether the bill, authored by Republican Rep. Scott Perry of Pennsylvania, has much chance of passing. But it’s reaching lawmakers at a critical juncture, and it could garner real support.

“No one should face a choice of having their child suffer or moving to Colorado and splitting up their family,” Perry said. “We live in America, and if there’s something that would make my child better, and they can’t get it because of the government, that’s not right.”

Recently the House cast two major marijuana-reform votes – major as much because of their novelty as their actual impact. In June, lawmakers passed legislation barring the DEA and other federal agencies from interfering with medical weed where it’s legal under state law.

In July they killed an attempt to scuttle federal rules, issued by the Obama administration, that allow banks to work with marijuana providers.

And CBD laws have become very popular, the new political maneuver for conservatives who oppose legalization but don’t want to be too stuck in the past. Since early this year, 11 states have legalized the strain.

Perry said he expects the bill to receive “overwhelming” support once lawmakers and their staff are up to speed on it.

“It wouldn’t be surprising if we see broad support for this proposal,” said Mason Tvert, spokesman for the Marijuana Policy Project. “If this bill gets support, it will demonstrate that there is recognition of marijuana’s medical benefits.”

CBD laws have been enacted mostly in conservative Southern states, where full medical weed is relatively unpopular. But there is some limited support for cannabis even there – yet another sign change is coming. 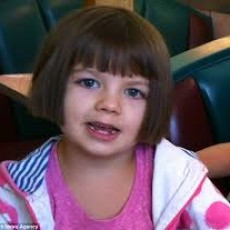 The bill, the Charlotte’s Web Medical Hemp Act of 2014, is named after Charlotte Figi, a young Colorado girl. The story of her miraculous recovery from epilepsy using CBD sparked a movement last year that has rapidly spread across the country.

Parents in dozens of states have banded together to push for medical marijuana reform so their kids won’t suffer. CBD is especially helpful in treating severe childhood epilepsy.

More developments are on the way. Sen. Rand Paul of Kentucky, whose state recently legalized CBD, has introduced an amendment to the current jobs bill that would bar the feds from prosecuting doctors and patients under state medical weed programs.