Gov. Jerry Brown, a Democrat, signed three bills in October that will impose a set of licensing and operational rules on cannabis growers, processors, and dispensaries across the state. His signature marks the first time California’s MMJ system will be governed by consistent rules in every part of the state.

Californians legalized medical marijuana in 1996, when they passed the Compassionate Use Act at the ballot box. In the years since, the cannabis industry has been subject mostly to local regulation, as the state Legislature repeatedly failed to provide consistent rules.

That local control has led to a patchwork of towns, cities, and counties, each with their own rules. Some defaulted to the skeletal regulations that were imposed by the state, others enacted moderate regulations of their own, and still others laid outright bans on dispensaries and even cultivation.

Though the new regulations will put a heavier burden on many dispensaries, MMJ advocates are mostly glad to see it happen. The lawlessness of California’s medical cannabis program had threatened the viability of full legalization, which could come as early as next year.

“My hope is this will be viewed as a starting point, a solid foundation on which to build from,” said state Assemblyman Ron Bonta, a Democrat who authored one of the bills. “Whatever happens with recreational use, there needs to be proper regulation. This is a very strong contribution from the legislature about what those regulations should look like.”

Brown was already expected to sign the bills, given that his office was closely involved in drafting them. The governor said the new laws will create a tighter, more effective system for medical marijuana patients and for the industry that serves them.

“This new structure will make sure patients have access to medical marijuana, while ensuring a robust tracking system,” Brown said. “This sends a clear signal to our federal counterparts that California is implementing robust controls not only on paper, but in practice.”

The bills Brown signed will create rules for both licensing and operations. Each cannabis business will be required to obtain at least one of 17 different types of licenses, with a cap on how many licenses each business may buy.

Separate licenses will be issued for indoor and outdoor grows, for transportation, for product testing, for distribution, and for medical marijuana dispensaries, which will receive licenses designed for different sizes of business.

An end of the “Wild West era” 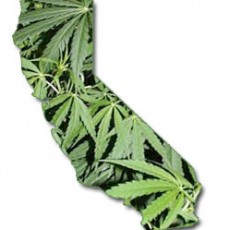 “Today, the Wild West era of medical cannabis came to an end, and a new era of responsible regulation has begun,” said United Food and Commercial Workers Western States Council Executive Director Jim Araby, whose union was involved in drafting the bills.

The laws preserve the right of California adults to grow small amounts of cannabis at home for medicine, but it also cements the power of local communities to ban dispensaries, tax them, or both. Under the bills, the state will also pay for studies into the effect of marijuana use on driving, and will recommend standards for impaired driving laws.

The new laws mark a departure for police groups, including Bejarano’s, which vehemently opposed past efforts to regulate medical cannabis. These groups view MMJ as a scam and thought support for regulations would legitimize it.

But police seem to have moved beyond that problem, perhaps realizing that full legalization is as little as a year away. The 2016 ballot will likely include at least one proposal to legalize marijuana for recreational use, and support for the idea is strong.