Democratic lawmakers in California say they’ve made a deal with Gov. Jerry Brown that would impose order on the state’s notoriously chaotic medical marijuana program. 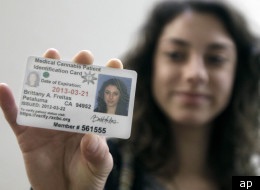 The state Assembly and Senate were expected to pass legislation in September that would create a new set of statewide rules for medicinal cannabis, which is now only loosely regulated by the state.

Medical marijuana has been legal in California since 1996, when the state’s voters became the first in the country to legalize any form of cannabis use. But the laws that initially established the program contained few statewide rules, leaving municipal governments to come up with regulations of their own.

As a result, California is now an unwieldy patchwork of local rules, which vary from city to city and county to county. Some communities ban marijuana dispensaries outright while others impose no regulations at all.

This leaves many patients without easy access to a drug they need. In some parts of the state it’s illegal to grow cannabis for any purpose, even though it’s explicitly allowed by the 1996 MMJ law.

To make sure patients have access and critics are satisfied the program is properly managed, medical weed advocates have pushed for new rules for years. They were blocked at every turn by law enforcement and municipal groups, which say regulating cannabis would legitimize an illegitimate medication.

The new law would create a state office, the Bureau of Medical Marijuana Regulation (BMMR) charged with issuing licenses to dispensaries and monitoring the MMJ industry. Municipal governments could still impose rules of their own and issue separate local dispensary licenses. But the bill headed for Brown’s desk did not contain an earlier proposal to levy an excise tax on medical pot.

“This package is the end product of countless hours meeting with stakeholders and extensive negotiations with the governor’s office,” said Assemblyman Jim Wood, a Democrat.

The law took the form of two bills in the state Assembly and Senate. It would create the BMMR within the California Department of Consumer Affairs, with help from the Department of Health and the Department of Food and Agriculture. The BMMR would oversee several sub-agencies involved in regulation and licensing.

The bills were “the result of an unprecedented stakeholder process in which my colleagues and I brought everyone to the table, from medical marijuana businesses to law enforcement and patient advocates, to create a comprehensive regulatory framework for the state’s billion-dollar medical marijuana industry,” said Assemblyman Rob Bonta, an author of one of the bills.

LA would maintain its own regulations

Los Angeles, which imposed its own regulations on dispensaries by way of a public vote in 2013, would be allowed to continue with those rules under the new law. The regulations tightly limit the number of shops permitted in the city.

Marijuana advocates said the breakthrough was good news but said they wanted to read the legislation in its entirety before deciding whether to support all of it.

“We are very excited that the Legislature made it a main priority this year to get it done,” said Nate Bradley, founder of the California Cannabis Industry Association.