One of the challenges that marijuana-based businesses continue to face is the reluctance of banks to transact with those involved in the industry. This has forced marijuana-based businesses to endure added difficulties and go through hoops that no legitimate business should have to go through. Many dispensaries and growers have been forced to deal strictly in cash for example, while others have had to implement costly security measures in order to protect personnel and company property.

Certain government organizations have taken measures that purportedly aim to ease the concerns of the banking industry.

In February 2014 for example, the U.S. Treasury’s Department of Justice and Financial Crimes Enforcement Network (FinCEN) released a set of guidelines by which banks could deal with marijuana-based businesses. Despite reassurances that these guidelines would enable banks to deal with the marijuana industry without fear of prosecution, many banks remain hesitant to enter into transactions with these businesses.

Ironically, one of the primary reasons for their hesitation comes from the very document that supposedly aims to address the fears of the banking industry. In the memo released by the Department of Justice, it explicitly says that banks are still liable to face prosecution for being in violation of federal law. The Justice Department also said that banks entering into transactions with marijuana-based businesses may face charges stemming from violating the Bank Secrecy Act, money laundering laws, and laws related to unlawful transmittal of funds.

Legal issues aren’t the only reasons why many banks refuse to have anything to do with the marijuana industry. The guidelines issued by FinCEN also place added burdens on banks if they are to conform to the law. In order to conform to the stringent requirements outlined in the guidelines, it may be necessary for banks to hire a dedicated employee whose sole duty will be to ensure compliance. This would entail additional expenses that most banks would rather not deal with, and it still would not guarantee full compliance with the FinCEN guidelines. 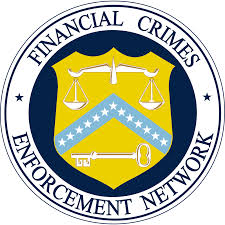 In these guidelines, FinCEN has outlined several steps which banks should follow if they wish to deal with the marijuana industry. For starters, banks will have to verify the legitimacy of the businesses that they intend to deal with, as proven by the necessary licenses and registration documents. Banks will also be tasked with reviewing the license application of the businesses in question, as well as all pertinent documents.

It doesn’t end there. Banks that wish to transact with marijuana-based businesses will also have to request relevant information on the business from state licensing organizations. They are also required to have a thorough understanding of the products and services of the companies they intend to deal with, as well as the customers that these companies serve. Finally, banks will also have to keep track of the activities of these businesses and monitor and report any signs of suspicious activity.