The road to legalization has been a long and rocky one, and no one knows this better than the many legitimate dispensaries and cultivators that have gone into business since. For such businesses, one of the most significant obstacles has been the hesitation of most banks to provide services that are available to most other legitimate business owners. The main reasons for this is the very real threat of federal government sanctions faced by banks and other financial institutions for dealing with businesses that are considered illegal under federal law.

To be sure, there have been actions implemented to address these issues, the most noteworthy of which is the February 2014 announcement by the Obama administration essentially giving banks the go-signal to deal with marijuana related businesses. With this announcement, it seemed that dispensary owners and growers would finally be able to open bank accounts and perform financial transactions that have previously been unavailable to them.

But the reality was much different. Most banks continued to be reluctant to provide financial services to marijuana based businesses for fear of government persecution. The continued insistence of the federal government to treat marijuana businesses as little more than criminal enterprises did little to allay fears that dealing with such businesses would open banks to the risk of criminal charges for money laundering. 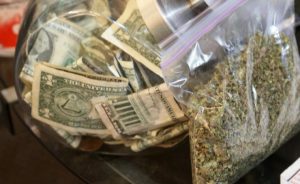 During an anti-money-laundering conference held in August 2014, the U.S. Treasury Department’s Financial Crimes Enforcement Network director Jennifer S. Calvery claimed the success of the federal laws, saying that the regulations seem to have the “intended effect”. For Calvery, the laws implemented by the federal government provide legitimate marijuana businesses with access to much-needed financial services, while ensuring the transparency of all marijuana related business activity. The director also claimed that the currently implemented measures ensure that all funds are coursed into regulated institutions.

The current situation is markedly from the years before the banking guideline was announced. Back then, banks that dealt with marijuana businesses were required to inform federal regulators of any activity deemed suspicious or illicit. An example of this is the transfer of funds resulting from dealing in drugs. This placed a significant burden on banking establishments, most of which simply did not have the means or capability to comparatively with the requirement.

Despite the many obstacles faced by banks, it is promising to note that the number of establishments wiling to deal with marijuana related businesses is increasing. As legalization takes hold in even more states around the country, there will likely be more clear-cut guidelines in place that will govern how banks deal with these businesses. When that happens, dispensaries and grow operations may finally have access to essential financial services that have previously been unavailable to them.