Did the 12 Steps Start with a Drug Trip?

Almost everyone in the Western world has heard of Alcoholics Anonymous. Even those who know almost nothing about the organization tend to understand that it involves 12 steps of some sort and allows members to remain anonymous. 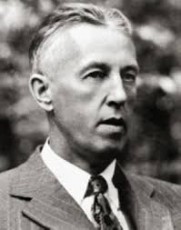 Less well-known is just how poor a job AA does in helping alcoholics and addicts recover. Objective studies show the group has a long-term success rate of no more than 10 percent. AA itself claims to “cure” no more than 33 percent of the people who try it.

AA owes its origins to two men: Bill Wilson and “Dr. Bob” Smith. It was Smith who visited Wilson during his last stay in a drunk ward and convinced him to try religion. This spiritual approach, a product of earlier “temperance” societies, was the foundational principle of AA.

Founded on a vision of God

More importantly, the group traces its beginnings to a very specific moment: an epiphany realized by Wilson in the hospital, after the visit from Dr. Bob. According to Alcoholics Anonymous, the “Big Book” that outlines the 12 steps, Wilson cried out for God’s help in a moment of intense suffering, and then saw a bright flash of light, experienced a blast of euphoria, and realized what he believed was a miraculous moment of spiritual insight.

Everyone who knows the AA story knows this moment. Without it, the organization likely wouldn’t have the heavy religious tilt that it does. And it’s common wisdom in AA that Wilson’s experience was a true moment of connection with God.

There’s a problem with this perception, though. Specifically, the problem is that Wilson was on drugs when he had his “epiphany.” Simply put, he was tripping out of his mind on a plant notorious for creating powerful hallucinations and euphoria.

Induced by a hallucinogenic drug

It was known as the Belladonna Cure and, as its name suggests, it involved doses of chemicals derived from the belladonna plant (deadly nightshade). Belladonna is fatal in sufficient doses, but doctors used small amounts to help ease alcoholics through withdrawal, also known as the delirium tremens.

The DTs may be the worst form of withdrawal known to man, one of the very few types that can kill by itself. Symptoms can include seizures, heart troubles, and psychosis.

That means Wilson’s flash of light could also have resulted from the DTs. But that isn’t likely: The kind of positive, euphoric rush Wilson felt is atypical of the hallucinations caused by alcohol withdrawal, visions that tend to be negative and terrifying.

Psychedelics may be the solution

So what’s the takeaway? In all likelihood, our modern, moralistic approach to alcoholism and addiction started not with religion but with psychedelics. It’s even possible Wilson owed his lifelong sobriety to the drug treatment rather than AA itself.

That’s borne out by his controversial participation in an experiment involving LSD in the early 1970s. Though the drug was prohibited shortly after the tests, Wilson said he found the experience very helpful and felt it could save other alcoholics.

We gave up on the acid approach because of the war on drugs, but the history of AA and its beginnings suggest we should reconsider. If Wilson’s moment of understanding came from a plant rather than God, we should probably be looking in the same direction.