To quote Sinatra, it was a very good year for marijuana and its proponents. New states legalized, medical pot continued to spread, Congress passed the first real federal cannabis reform, and legal weed went on sale.

Those were just a few of the many developments in marijuana in 2014. It was a landmark year, at least as important as 2012, though the future holds even greater hope.

Two more states, Alaska and Oregon, voted to legalize by relatively wide margins in November. Both states already have medical marijuana, and they both decriminalized recreational weed years ago, so legalization was a good bet.

Voters in the nation’s capital also passed legalization, though Congress quickly stepped in to block it. There will be no legal weed in Washington, D.C., until at least next year under a budget bill signed by President Obama, usually a friend to reform.

Pot also hit a roadblock in Florida, where voters rejected a plan to allow medical cannabis. The ballot initiative captured 58 percent of the vote, but it needed 60 percent to pass. Still, the state remains a ripe target for medical marijuana reform.

The world’s first legal, regulated weed went on sale this year. Pot shops opened their doors Jan. 1 in Colorado, a day marked by long lines, polite customers, and a lot of big spending.

Recreational marijuana also went on sale in Washington in 2014, in July. That state saw a few problems, namely a shortage of retail weed, but nothing that has endangered legalization there.

Medical marijuana also won some important new allies in 2014. Hillary Clinton said she supports it, though she hasn’t come out in favor of recreational legalization. Dr. Sanjay Gupta, CNN’s lead medical correspondent, publicly changed his stance on MMJ, saying he now supports it after having seen first-hand the benefits it brings.

Reform at the federal level 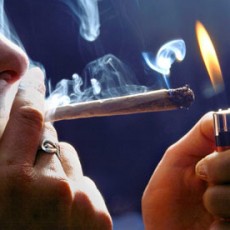 Congress also stepped into the fray this year, passing the first significant reform at the federal level. Lawmakers voted in December to block the Justice Department and its agencies – including the DEA – from interfering with medical marijuana in states where it’s legal.

The federal government also changed its policy regarding marijuana on Native American Reservations, saying tribes are now free to legalize if they choose. Few reservations have expressed an interest, but the decision could reflect a rapidly changing environment for marijuana in the United States.

Pot was decriminalized in two major cities in 2014: Philadelphia and Washington, D.C. Philly is now the largest city in America to effectively decriminalize weed. People in these cities will receive inexpensive tickets for simple possession rather than jail time.

There was some trouble on the horizon at year’s end. Late in 2014, the attorneys general of Nebraska and Oklahoma sued Colorado to overturn part of its cannabis law. The states claim Colorado weed is flowing over their borders, despite statistical evidence to the contrary.

If the lawsuit succeeds, it could force Colorado to outlaw pot shops and cultivation again. Coloradans would still be able to possess the drug legally. It’s not clear how likely the suit is to prevail, but most judges would be loathe to let one state dictate the drug policies of another.